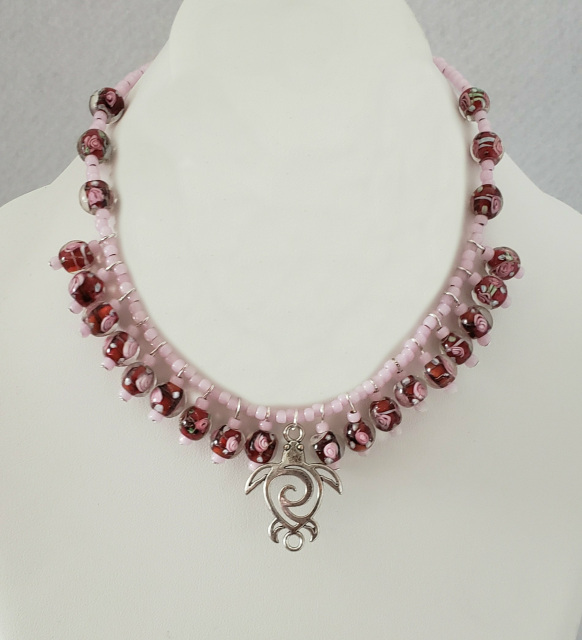 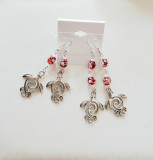 I love this LOVE necklace/choker! I strung a silver metal turtle with beautiful lampwork beads and pink beads. The lampwork beads are red with pink/green painted roses. The length is approximately 16"; a length extension can be added if requested. Optional earrings are available in 3 styles.