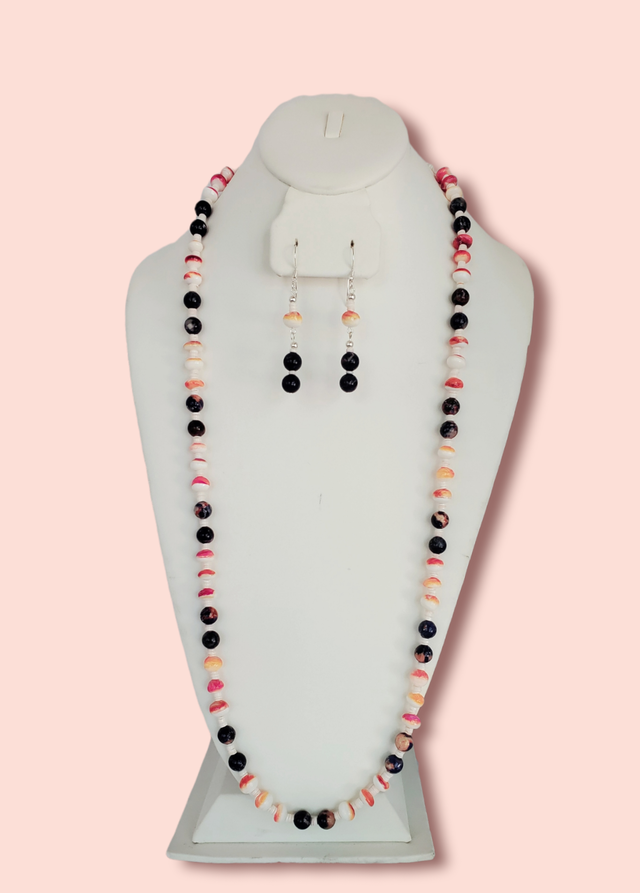 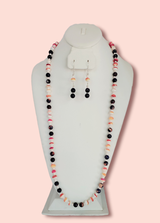 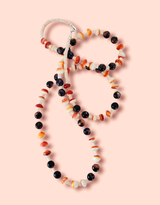 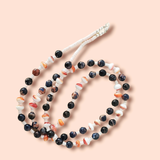 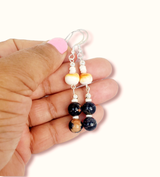 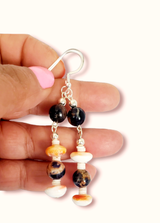 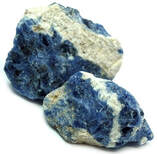 Sodalite encourages being true to self and standing up for your beliefs. A stone of self-expression and confidence, Sodalite can aid in issues of self-worth, self-acceptance, and self-esteem. Sodalite promotes intuition and a trust in one's own judgment, which can be a great ally in daily life. Sodalite helps to achieve emotional balance, releasing old conditioning and programming of the past which no longer serves.
A stone of awakening, Sodalite stimulates the Pineal Gland and the Third Eye, and deepens meditation. Sodalite is helpful for those who find themselves to be over-emotional, due to its ability to focus energy on the Third-Eye and Throat Chakras. This will allow one to use more logic and intuition, rather than the emotions from an over-developed Heart Chakra. Sodalite helps to enhance psychic abilities while discouraging any obsession about such abilities.
Sodalite encourages discipline and will in one's personal and public lives, and can be a facilitator of career advancement when used in this manner. Carrying Sodalite during the day can help one to find efficient ways of dealing with daily tasks and problems.
Place Sodalite next to your computer to help clear electromagnetic pollution. Sodalite works with the Throat and Third-Eye Chakras to help and guide one on their spiritual path by opening a window into the subconscious mind, pulling subtle images into the conscious mind. Sodalite can also be an aid to those studying symbolism and its role in the greater scheme, by helping one to become aware of the patterns that can occur over the course of one's life, and their meanings and purposes.
Physically, Sodalite can ease anxiety and panic attacks, mental confusion, and fear/phobias. Use Sodalite to strengthen the immune system, ease insomnia and balance metabolism.
The spiny oyster, otherwise known as spondylus, is a large family of mollusks. They are sometimes also known as thorny oysters or spondylids. A bivalve mollusk, the animal is encased in a hinged shell composed of two parts. Large quills grow from their shells, providing this creature its famous moniker. Despite its name, these creatures are not true oysters and are more closely related to scallops. Of all the many varieties that are found in the seas of the world, two significant variations are found off the Pacific coast. Both are harvested for their shells for use in jewelry and lapidary purposes.
Spiny Oyster Types
Spondylus princeps possesses a striated shell. This means that lines of grooves run along the surface of the shell. Primarily, the shells are striped with fiery coral red and orange. From these shells, many imposing, curved quills grow, initially thought to be for protection. Recent evidence suggests that these spines aid the animal in camouflage. They provide anchor points for plants and animals, such as algae and sponges. A red band can be found lining the interior of its shell. They tend to be found between 15 - 50m deep in the ocean. These mollusks favor sandy areas, and may not be attached to any substrate material, such as rocks.
Spondylus calcifer is the other variety of spiny oyster found in the Pacific. This species' shell is orange and purple in color, with reddish purple banding along the edge. The spines on this bivalve are shorter, but it grows to be larger and thicker in size. Between these two types of mollusk, we find the most common colors present in jewelry. This variety is found in much more shallow water, typically 5 – 10m deep. They tend to favor rocky formations, attaching themselves to these spots.
Processing Spiny Oyster
The flesh of spiny oysters is edible, and the mollusks are harvested for both shell and meat. After cleaning, shells need to be ground down with lapidary wheels to remove the quills. Common with many kinds of gems and lapidary materials, the shell is worked when wet, and water is also introduced during the process. Wet grinding minimizes the production of dust.